Uchenna Academy’s Academic Director Claudia Mandekic has been nominated for the Prime Minister’s Award for Teacher of the year!

We would like to congratulate Claudia for the nomination. It’s been a marathon of a year as she adjusted to online teaching, worked as a frontline worker and obtained her Master of Arts degree, cementing the BallMatics program into a scholarly study.

One of the parent nominations can be viewed HERE.

Below is an excerpt from a nomination letter from a former student:

I would like to nominate Ms. Claudia Mandekic for the Prime Minister’s Teaching Award of Excellence as she has been my teacher for more than 4 years and has been an integral part of my development, particularly in the field of Mathematics. My mother enrolled me into Uchenna Academy back in 2014 as a grade 8 student in hope of developing my attitude toward math. After finishing the first semester of my second year in university, I must say that I genuinely wouldn’t be where I am today without Ms. Mandekic’s help. Not only did she spend countless hours in the classroom with me practicing and making sure I understood math problems/concepts that I thought at the time were impossible, but she also taught me never to give up and that if I work hard, I could achieve greatness. Even while on the verge of crying my eyes out.

One of the many amazing things about Ms. Mandekic is that she sees the potential of what you can and should be long before you realize it. From the first day she meets a student, she holds them to a high standard and truly believes that they can do whatever they put their mind too. When I started working with Ms. Mandekic and Uchenna Academy, I was an Applied student who just switched to Academic and had a lot of work to do in order to catch up to my peers. When I made the switch, my math mark was in the 50% range, and by the end of the course, I finished with a 70%. Ms. Mandekic always told me that she couldn’t wait to see the day I graduate high school and walk across the stage. Fast forward 5 years later, and I walked out of my high school with 4 awards, an 82% average, and my diploma being 1 out of 3 African American males to graduate that year.

With all this, plus the many other things Ms. Mandekic has done for me over the years, I will always be grateful. Not only for being one of my teachers but also for being a friend. Ms. Mandekic was there for my academic problems and was also around to listen when I had something on my mind. Being a teacher is not all about academics, and Ms. Mandekic knows this and has a great understanding of finding and maintaining the perfect balance between a student and a friend by always making sure a student is never felt like they are alone, left behind, or left out of anything they are doing, whether its math or a game of basketball. One of the best ways to see excellence in a teacher is to look at the students in which they teach. I am one of many students that Ms. Mandekic has taught and mentored who would consider themselves well on their way to success. 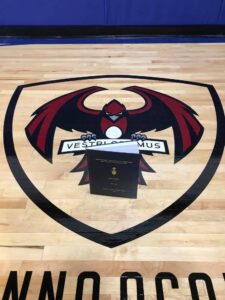 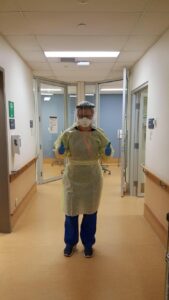 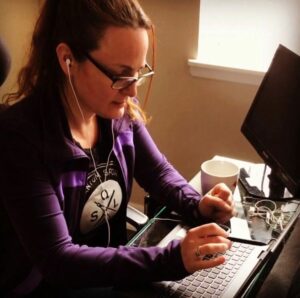