As the glow of descending sun lights up the mountain peak long after the sun itself has sunk behind the hills, so the works of the pure and the good shed light upon the world long after the actors themselves have passed away.

Uchenna was born in London, Ontario in 1976 when his father, a Canadian Commonwealth scholar, was a Master’s degree student at the University of Western Ontario. His mother, Susan, had just graduated as a nurse from Nigeria’s foremost Nursing School at the University of Ibadan.

At a very young age Uchenna’s nascent mind seemed to have been equipped by nature with the resources and determination to succeed; he eagerly embraced a centered and profound sense of himself as a child on the path to greatness and he was resolved to attain it. This is the mystique of true greatness which cannot be taught but flows from an instinctive recognition of the virtues of hard work.

A humble and tranquil young man, Uchenna belonged to a distinctive class of refined men in our society. His childhood was marked by a wealth of tactical ideas and optimistic attitude. As a student all seemed kindly and good to him for with sovereign simplicity he invested everything with the glamour of his own childish idealism. Uchenna left us at the prime of his life, however, his stainless character lives on.

Uchenna Odi was a third year University of Toronto student when he was involved in a fatal car accident that claimed his life.

Uchenna Academy was named in his honour

The symbol of our school is the mythical Sankofa bird. The Sankofa bird originated with the Akan people of Ghana, where it’s literal meaning is ‘it is not taboo to fetch what is at risk of being left behind’.

The Sankofa bird is looking backwards as it flies forward, holding an egg in its beak. Looking back represents the past. As we evolve and learn, the knowledge of the past must not be forgotten.

The egg represent the future which needs nourishment and guidance to exceed its academic and athletic capacities. That last part is us. The image of our school is the Sankofa bird because we believe that students need multi perspective world-views embedded in the curriculum since our future success requires us all to know our past. 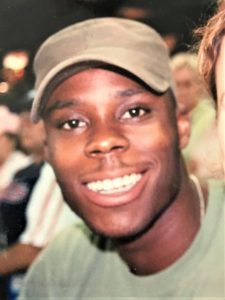