Welcome to our school

Uchenna Academy was established in 2013. We are a Ministry of Education inspected private school dedicated to enhancing the learning experiences of high school students. We invite you to read about the history of our school name, our core values and the unique features that differentiate our school from the traditional learning environments.

At Uchenna Academy, our teachers are co-learning with students to develop best practices in a supportive, inclusive learning space. Our athletic program is designed to offer optimal balance of competitive athletics and daily on-court instruction. Each student and student-athlete is surrounded by a support team inclusive of passionate teachers, experienced coaches, college placement advisors and more. 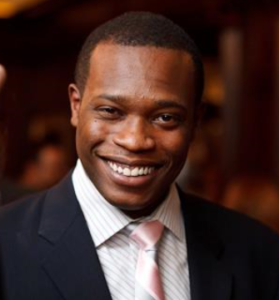 Mr. McNee, in addition to his role as a principal is also a member of several community boards, including the City of Toronto, Toronto District School Board (TDSB), BWXT Nuclear Technologies and is a Chair of The QSLA Foundation. He attended Ryerson University’s undergraduate Business Management program, as well as Athabasca University’s Political Science program. His expertise and breadth of knowledge in education, sports, marketing and advertising brings an unmatched leadership and guidance to our school. He has facilitated collaborations between Uchenna Academy and University Health Network (UHN), as well as Deloitte Canada, where high school students have an opportunity to learn from the experts in the field, and get a unique opportunity to present their product ideas at UHN’s Annual Research day. He is also spearheading research initiatives that explore effects of combining sporting activities with mathematics pedagogy, a study which seeks to explore novel ways of engaging youth into mathematics. 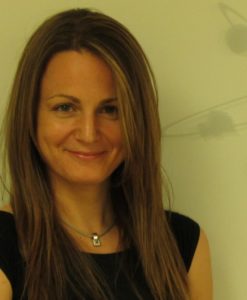 Claudia has an extensive teaching career in mathematics and sciences. She attended University of Toronto’s Human Biology undergraduate program, as well as the graduate and the teaching program with the Ontario Institute of Studies in Education (OISE). Her passion for mathematics, as well as developing novel pedagogical approaches while teaching math and science are providing our students with new learning platforms.  In 2021, she was nominated for the Prime Minister Teacher of the Year Award.  You can view Claudia’s LinkedIn Profile here.

Chris taught in York Region District School Board for 35 years – at the elementary level for 10 years and high school for 25 years. He was head of guidance for 20 years at Bayview Secondary School in Richmond Hill and coached a mix of sports including golf and basketball throughout the grades. He himself played university level basketball and is currently working with us part-time and looking forward to travelling. 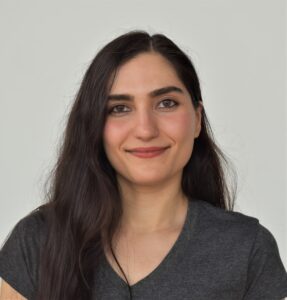 Farideh holds a Ph.D. in Comparative Literature (Tehran, Iran) with a dissertation on “Géopolitique-Parler Femme: Decentralizing the Gendered Face of War Literature in Iranian, Iraqi, and American Women’s War Memoirs”. In addition to her BA and MA in English Literature, she has also received a second BA in Foreign Languages, Literature And Civilisations (Langues littératures et cultures étrangers et régionale) (2017) and a second Master’s in Cinema Studies at Université de Strasbourg, France with a thesis on “Masculinity Crisis in Cinema of Abbas Kiarostami” (2019).

Farideh has published several essays in English, French, and Persian, focusing on women’s studies, women and war memoirs, Geocriticism and war narratives, and cinema and masculinity. She recently published Géopolitique parle-femme: Iraqi Female War memoirists (2019), A Geocritical Rethinking of Iranian and American Female War Memoirs: Da and Rule Number 2 (2020), and The Production of Gendered-Class Space: A Review of Iran’s Space-Time of the 1970s through Abbas Kiarostami’s Cinema. In 2020, her first poetry collection, Lull Me to Sleep Apart From My Poems was released [in Persian] 2020. 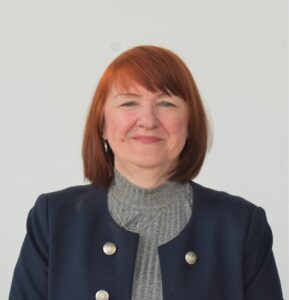 Nataliya was born in Ukraine and received her education at Dnepropetrovsk State University. She also studied in Canada at York University and Humber College to advance her Canadian career and has been working in both private and public schools for over 10 years in Canada. She holds an OCT certification and three degrees in physics (Master of Science in Physics), in mathematics (Bachelor of Mathematics), and in education (Bachelor of Education).

Back in Ukraine, she worked as a teacher in a college for sport gifted students who prepare themselves for professional sport and participation in the Youth Olympic games. As a result of her teaching, students improve their study habits, knowledge and understanding of subject matter and critical thinking skills. Moreover, their school performance improves, which is an important foundation for future studies. Some of her students (not many) fall in love with Physics, and she takes pride in this fact! Nataliya enjoys classical music and car travels, as well as riding a bicycle and playing table tennis. 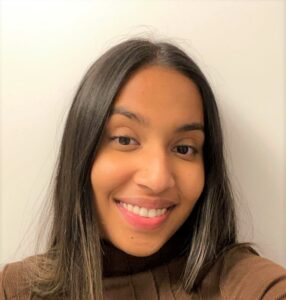 Zeenat has an Honours bachelor’s of Science Degree, with a double major focusing on Human Biology and Neuroscience. She has always had a passion for sports science and working at Uchenna Academy is a great opportunity to implement her passion of science with sports through the content she covers in class with our aspiring student-athletes.  Aside from teaching she loves to bake – growing up she used to do it as a means of therapy. Now, she is slowly transforming this passion into a small business. 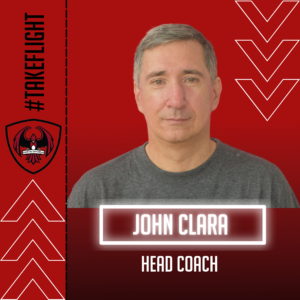 John has been involved with basketball for over 20+ years at the Club/AAU, High School, University/College and Pro Level as a coach and trainer. During this time he has assisted many players to go on and play at several NCAA D1/D2, NJCAA D1, NAIA D1, USport and CCAA academic institutions as well as assisting them play pro all over the world.

John also has alumni who are currently or have coached in the following leagues: NBA (Toronto Raptors), Canadian National Team, USports (McMaster, Ryerson and UofT) and CCAA (Loyalist College and George Brown College). 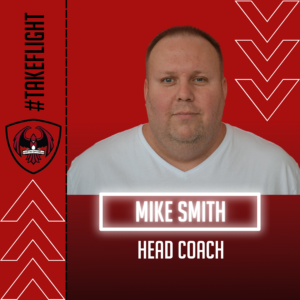 Mike has been involved in Basketball for 15+ years, as a Head Coach at the Elite AAU and Prep levels.

As a Head Head Coach for the Sr. Boys team at Don Bosco Catholic Secondary School, he led the team to an OFSAA appearance,  AAA Division. He also coached Jr. Boys and Varsity Girls teams. As an Associate Head Coach of the Sr. and Jr. Boys at St. Mary’s Catholic Secondary School, he lead the teams to two TDCAA Champions and one OFSAA appearance in AA Division.

As a Rep/AAU coach, Mike holds the position of Director of Basketball Operations at Elite 6, a 3SSSB Adidas Sponsored Organization that he Co-Founded. He was a Head Coach of the Etobicoke Basketball Association and has held a Club Director and Head Coach position at the EBA/Toronto Elite AAU, another team he Co-Founded. His AAU career also includes being the Head Coach of the Northern Kings team and Director of Operations and Assistant Coach at Grassroots Elite Canada. 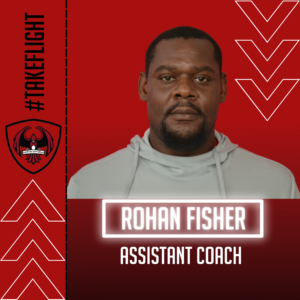 Rohan has been involved with basketball for over 11+ years at the Club/AAU, and High School level as a coach and trainer. During this time he has assisted many players to go on and play at several NCAA D1, and USport academic institutions.

Rohan started his coaching career with the Scarborough Blues Elite AAU team and then transitioned to Grassroots Elite AAU.

Rohan recently completed his fourth year as a program consultant at the Crestwood Preparatory College while his son Elijah attended the high school.

In addition to coaching, Rohan made significant, invaluable contributions by drawing media attention, awareness, and various sponsorships to the Crestwood Preparatory Program. 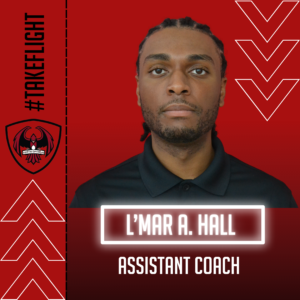 L’Mar has been coaching youth and high school basketball for males and females over the past five years. He coached at Crawford Academy and Grassroots Elite Canada, and is currently the assistant coach for Elite 6, 17 and under, most recently on the 3SSSB circuit.

He is also the founder, trainer, and coach of Maintain Elite. His coaching philosophy centers around the fundamentals, team building basketball, and motivating the players to instill confidence in themselves. It is also for the players to put out their highest possible individual effort, and to never give up in the face of adversity.

Further, he adopts a holistic approach of players, incorporating the physical with academic, mental and social development. 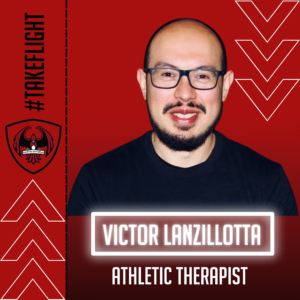 Victor has been working in the field of athletic therapy for the past 6 years, graduating from the University of Toronto with an Honours Bachelor of Science, followed with a Honours Bachelors of Applied Health Sciences from Sheridan College in Athletic Therapy, and Diploma in Massage Therapy from the Royal Canadian College of Massage Therapy. He currently holds the designations of a Certified Athletic Therapist – CAT(C), as well as Registered Massage Therapist – RMT.

Victor has worked clinically with people of all different occupations and age levels, but specializes in sports rehab and care, from grassroots, to Special Olympics, to the Provincial levels. He has worked in an Athletic Therapist role for several teams, including the 2016 OFSAA wrestling championship team, USports 2016 Ryerson Rams Silver Medal Men’s Basketball team, 2017 Team Ontario U17 Basketball team, and 2019 Team Ontario U15 Female and U17 Male Lacrosse Teams, representing Canada at the Brogden Cup in Maryland.

He currently works out of LeDrew Professional Sports Medicine in Etobicoke and owns his own business, Lanzi Athletic Therapy. He continues to provide coverage for many different sporting events, most notably the Ontario Basketball and the Ontario Lacrosse Associations. He is big on educating the athlete to learn how to recover optimally and independently, especially at a young age where it’s of utmost importance. He is also a techy – always looking into new tools and research to help you recover faster, and keep you in your game. 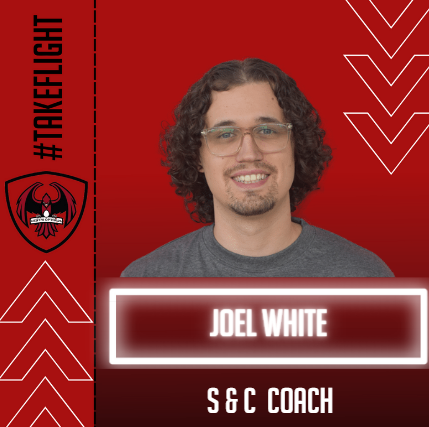 Joel White is a strength and conditioning specialist and athletic development consultant, graduating from York University with a degree in health sciences, as well as a diploma in Fitness and Health from Durham College. He currently holds the designation of certified strength and conditioning specialist (CSCS), as well as a certified performance enhancement specialist. Joel is currently completing his Masters of Science degree in sport performance, with a focus on basketball development.

Joel has 10 years of experience working with basketball players at every level of competition in the world. Joel is the co-founder and director of AXIS Performance and Training, a high performance facility located in Toronto, Ontario, with a niche in private training for high performing athletes.